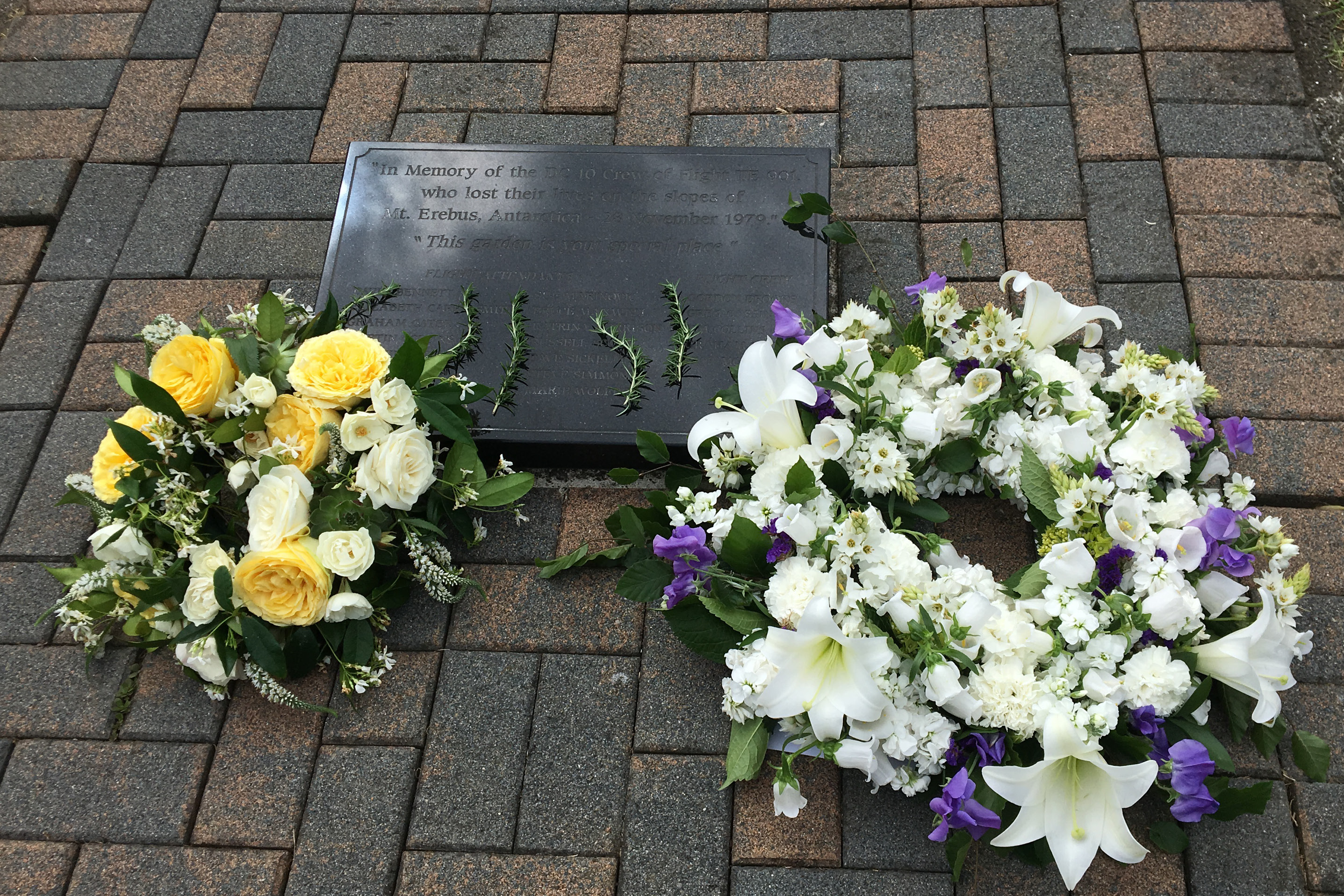 A service marking the moment Air New Zealand Flight 901 crashed into Mt Erebus, killing all 257 people on board, including 20 crew members will be held at 1pm tomorrow at the Erebus Crew Memorial Gardens at Auckland Airport.

Every year E tū hosts a commemoration service on 28 November to mark the anniversary of the tragedy. This year is the 40th anniversary.

E tū aviation members and union representatives including members of the NZ Airline Pilots Association will gather at the Erebus Crew Memorial garden on Tom Pearse Drive for the service. This will include the traditional laying of wreaths and incorporate ceremonial water from the slopes of Mt Erebus supplied by Antarctica New Zealand

The Minister of Transport and Economic Development Minister Phil Twyford is also scheduled to speak along with Labour MP Marja Lubeck, a former flight attendant and cabin crew union leader.

The service will start at 1300 and last approximately one hour.

At the same time in Auckland there will be a private ceremony at Government House, attended by the Prime Minister, Jacinda Ardern and the Governor General, Dame Patsy Reddy who will meet with representatives of the Erebus families.

Both ceremonies will observe a minute silence at 1.49pm (12.49 NZST) – the time the crash occurred. E tū, the union for cabin crew is inviting all New Zealanders to stop what they are doing and remember the events of that day.

“257 people from New Zealand and around the world died. This was one of our worst industrial accidents, a day when 20 aviation workers lost their lives.

“It changed the way the whole world thought about aviation safety and about our shared responsibilities to put safety first,” he says.

“We invite all New Zealanders wherever they are in the world to pause for a minute and reflect on the event and the importance of safety at work and the responsibility we all have to look out for one another.”

The day is also the 11th anniversary of the crash in 2008 of an Air NZ A320 off the coast of Perpignan in France, which claimed the lives of seven people including five New Zealand aviation workers.

What: wreath-laying at the Erebus Crew Memorial garden

Where:  Auckland Airport – the memorial is located to the eastern side of Tom Pearce Drive, 300m north of Puhunui Road roundabout