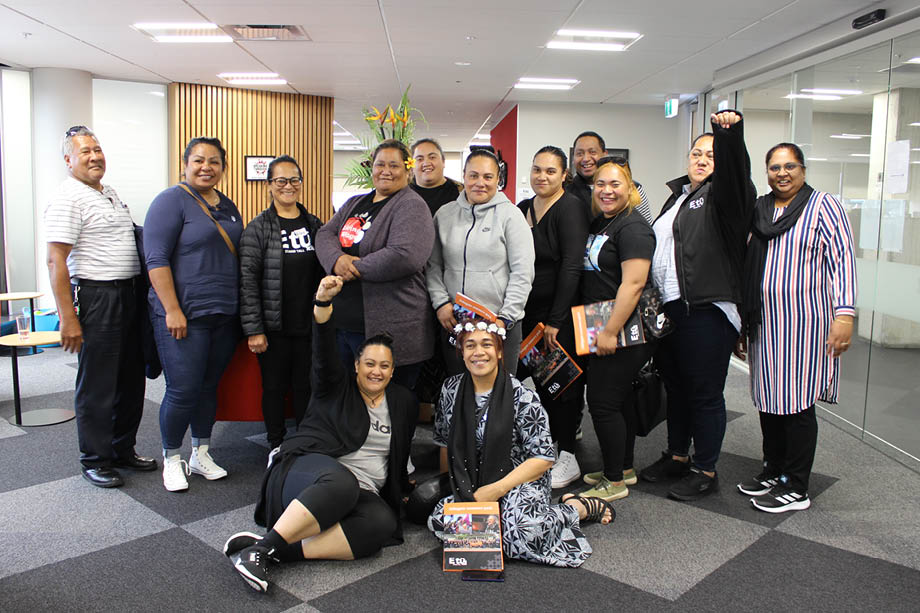 E tū stands alongside unions around the globe on World Day for Decent Work and continues to advocate for the right of workers everywhere to decent work.

Our definition of decent work is simple: it’s about a decent income, having secure work, a quality working environment, and for workers to have a voice in the workplace.

“It’s things like Fair Pay Agreements and the Living Wage. That’s a really big one – if I was getting paid over the Living Wage for my job, I’d be so much better off. It wouldn’t be as much of a struggle as it is now.

“It’s about giving everyone a fair fighting chance,” Misty says.

Misty’s Decent Work training also looked at the idea of social insurance – a guaranteed income for people who are made redundant, set at a much more liveable level than the current basic benefit.

Social insurance would be a good last resort to help families while they look for other employment – especially better employment – after losing their job, she says.

“It would mean you had so many better options, instead of MSD just shoving you into the first job they can get you, expecting you to stick it out on the minimum wage.”

E tū organiser Amy Hansen says no worker should be left behind in the fight for decent work.

“There’s so many aspects of jobs today that still don’t meet our criteria, and the criteria of organisations such as the International Labour Organisation, for what decent work involves.

“From seeing workers earning the minimum wage instead of the Living Wage, the rise of insecure, contract work, workplaces that present health and safety risks, and industries where workers don’t have the right to collectively bargain or don’t have industry standards – the need for decent work is more important than ever.”

Amy says events such as the planned E tū Job Summit will help to spread the word about decent work.

“We want workers to understand what decent work is and be part of the fight to create a better work future for themselves, their whānau, and communities.

“Decent work should be the right of all workers in Aotearoa New Zealand.”