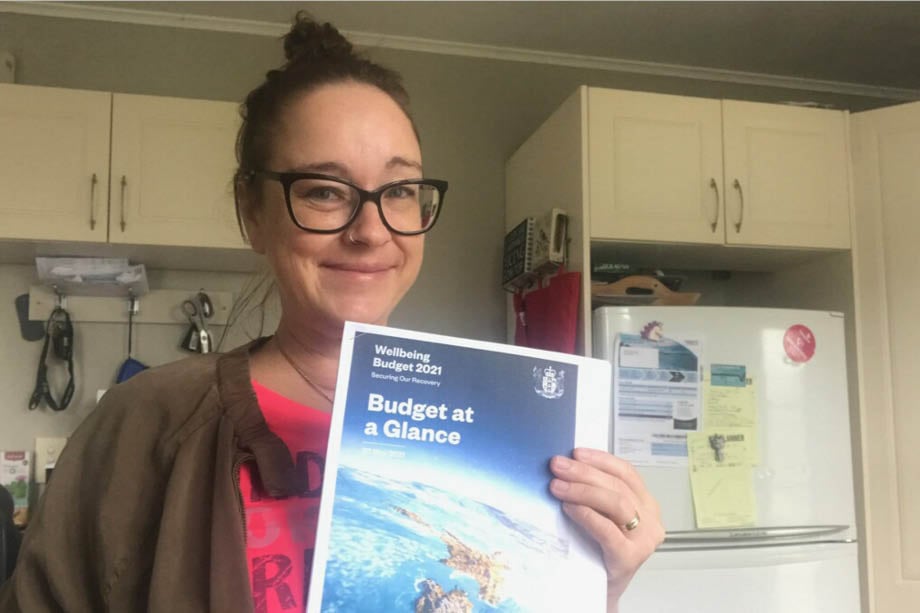 Tarsh Nixon with the Wellbeing Budget

On May 20, E tū celebrated the release of Budget 2021, which makes significant moves improve the lives of Aotearoa’s workers and their communities.

In particular, E tū welcomes the plan for an ACC-style ‘social insurance’ scheme, which would give workers income protection if they lose their jobs.

It will provide workers with up to 80% of their income for a certain period of time, with both maximum and minimum caps.

E tū also commends the increase to unemployment benefit, which is essential to ensure justice and wellbeing for our society. This directly supports our members who move in and out of employment, their families and whole communities as well as for members’ households that support those out of work.

Budget 2021 is also good news for homecare support workers, who will now see their in-between travel time paid at their normal hourly rate – thanks to the $82 million put aside to fund this.

Until now, this essential health workforce was only paid the minimum wage when they were travelling between clients.

Now there’s $82 million locked in to fund fair, consistently paid travel-for-work over the next four years.

E tū delegate and support worker Tarsh Dixon, who has been on the frontlines campaigning for better conditions in the sector, says she initially didn’t believe the news was real.

“I reckon when our pay finally goes up, it will click. At the moment, members are just so stunned we finally got there,” she says.

“It’s amazing. It feels like real progress and that we’re being listened to.”

MSD security guards can also celebrate, with the Government’s commitment to paying them the Living Wage now cemented in the Budget.

Alongside all this, Budget 2021 has more pro-worker initiatives, for example, restoring the Training Incentive Allowance, new funding for vocational education growth, and a further commitment to a Just Transition.

Increased capital funding for Green Investment Finance will support growth in new, clean industries to replace those in fossil fuel sectors – but E tū wants to see workers receive assurance that this investment will lead to good, secure jobs.

E tū sees Budget 2021 as the first in a ‘package’ of three – as Finance Minister Grant Robertson has described it – and looks forward to the next instalments for workers and their communities.

Zooming to the future with online Delegate Forums

Prepping for a Just Transition