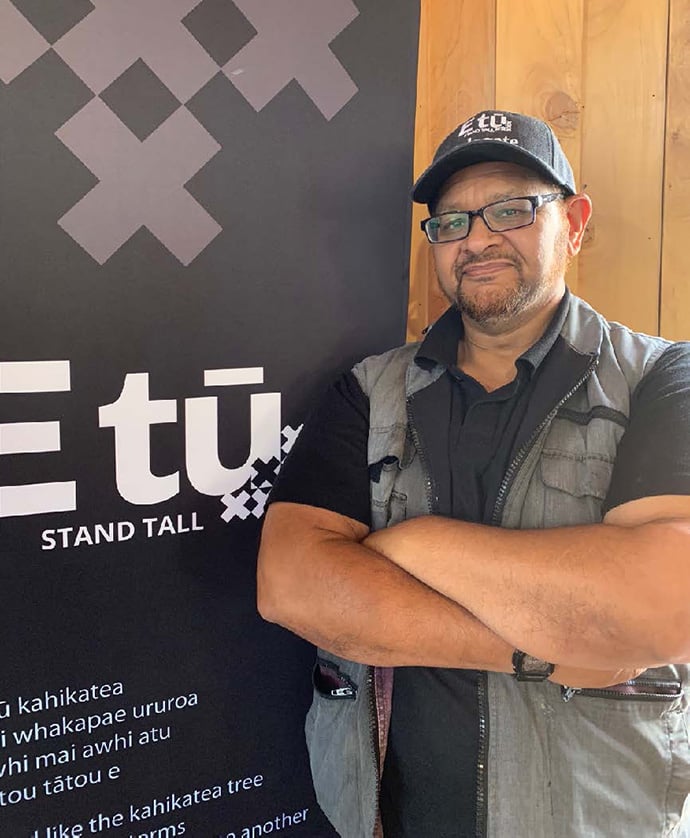 According to his official records, member Mobeen Khan’s name is Michael. It’s what he was called when he started school, because his real name was too foreign.

“I was given an English name,” Mobeen says, “and it’s actually been put on everything with my name on it. My name wasn’t English enough.” Aged 5, he learned he was ‘other’ because he’s Muslim.

Mobeen knew four of the 50 people murdered in the Christchurch mosque atrocity, which remains a deeply personal loss. However, he wasn’t surprised. “I saw this coming,” he says.

He’d done an informal survey of how people responded to the word Muslim: “The next word would be ‘terrorist’.”

He believes media reports linking Islam and terrorism is one reason why.

“The name of the religion has been hijacked. What the terrorists do is abhorrent, but people have literally made the connection by osmosis.

“Muslims have been here for over 100 years. But after 9/11 and all the finger-pointing started, I got an anonymous phone call saying, ‘We’re going to get you for that’.”

He is grateful for the support of New Zealanders following the Christchurch tragedy and says the union responded “brilliantly”. However, while New Zealanders have rallied in huge numbers in support of our Muslim community, ugly messages of hate and bigotry have also emerged.

“All the negativity that’s bubbled to the surface, rightly or wrongly, we now have to deal with it somehow,” says Mobeen. “If we don’t, we can’t move forward.”

Delegates at our recent Delegate Forums said racism must be called out in workplaces wherever it occurs, and Mobeen agrees. “It’s a start,” he says, but it’s not enough. He says ignorance about Islam is a huge problem.

“It can be wilful or unintended, but it destroys our democracy and our humanity. If you say the ‘other’ doesn’t belong or doesn’t have to be here, that’s not democracy. It’s up to each and every one of us to make it better. Because we, as a community, have paid with our dearest blood.

“There are lovely, beautiful people here, but if you scratch that thin veneer of civilisation, you don’t know what you’ll find. If people want to know us, the hard questions have to be asked and they have to be answered,” he says.

Mobeen’s formidable grasp of history shines a bright light on the stereotypes and bigotry which allow people to view Islam through a distorted lens. His message is that knowledge overcomes the darkness of ignorance.

He harks back to the great civilisation of the Moors, from 711 to 1492, when Muslims ruled an empire remarkable for its learning, and tolerance for other religions.

“If the Muslims back in the day in Spain could work together with all the groups and religions, why can’t we do that? We need to make the time to know each other better,” he says.