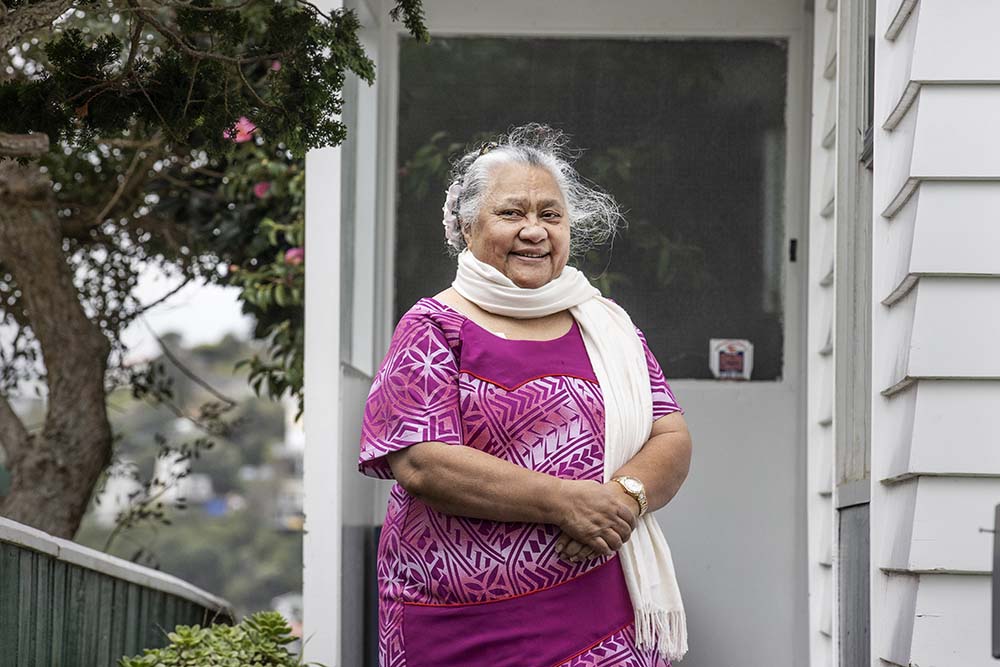 Since coming to NZ more than 40 years ago, Lalopua Sanele has been committed to serving her church and the union

“If the members are happy, then I am happy” is the modus operandi of recently decorated E tū activist and now QSM Taualoa Lalopua Sanele.

The Wellington delegate and retired cleaner says she was “in shock” to receive not only one but two awards.

In June, she was awarded a Queen’s Service Medal (QSM) as part of the Queen’s Birthday Honours, and in August, an Absolutely Positively Wellingtonian Award from the Wellington City Council.

Both recognise work in the community – her services to the union movement and the Samoan community, and particularly her commitment to her church parish.

“When I read the QSM letter I was in tears with my husband, and I said to myself: ‘Oh God, thanks for what you have done for me’, because I was not thinking or expecting any kind of award for what I’ve done,” she says.

“I was doing my work as a normal person.”

For more than 30 years, Lalopua worked as a cleaner at Wellington Hospital, after coming to live in Zealand from her native Samoa in 1972.

Back in the 70s, union membership was compulsory, so Lalopua got involved with one of E tū’s predecessor unions as part of her first job in manufacturing.

She moved over to the Service and Food Workers Union a few years later after she changed direction and began working as a cleaner.

She became a union delegate when she began working at Wellington Hospital in 1987, and it was then that she first heard about E tū’s Komiti Pasifika – a group she later headed as the Central, then National Convenor for a decade.

It was the encouragement of her organiser, John Ryall, at the hospital that made all the difference, she says.

“He’s the person that made me feel [understood], and make me feel involved with the union, [took] me to the delegates’ training, [and helped me learn] about the collective agreement and what allowances members are entitled to.”

Throughout her working life, she has continued to advocate for workers’ rights.

This has included representing E tū at national and international trade union conferences, as well as playing a key part of the campaign to get Part 6A of the Employment Relations Act amended to protect the jobs and conditions of cleaners when their contracts were put up for tender.

In 2010, Lalopua took on the role of cleaning supervisor at the hospital, but the first thing she worried about was how the job might interfere with her union role.

“My heart is with the union. I am straightforward, and I don’t care if I get into trouble – if the member is happy, then I did my job.”

The next digital steps for union education

The Year of Fair Pay Agreements