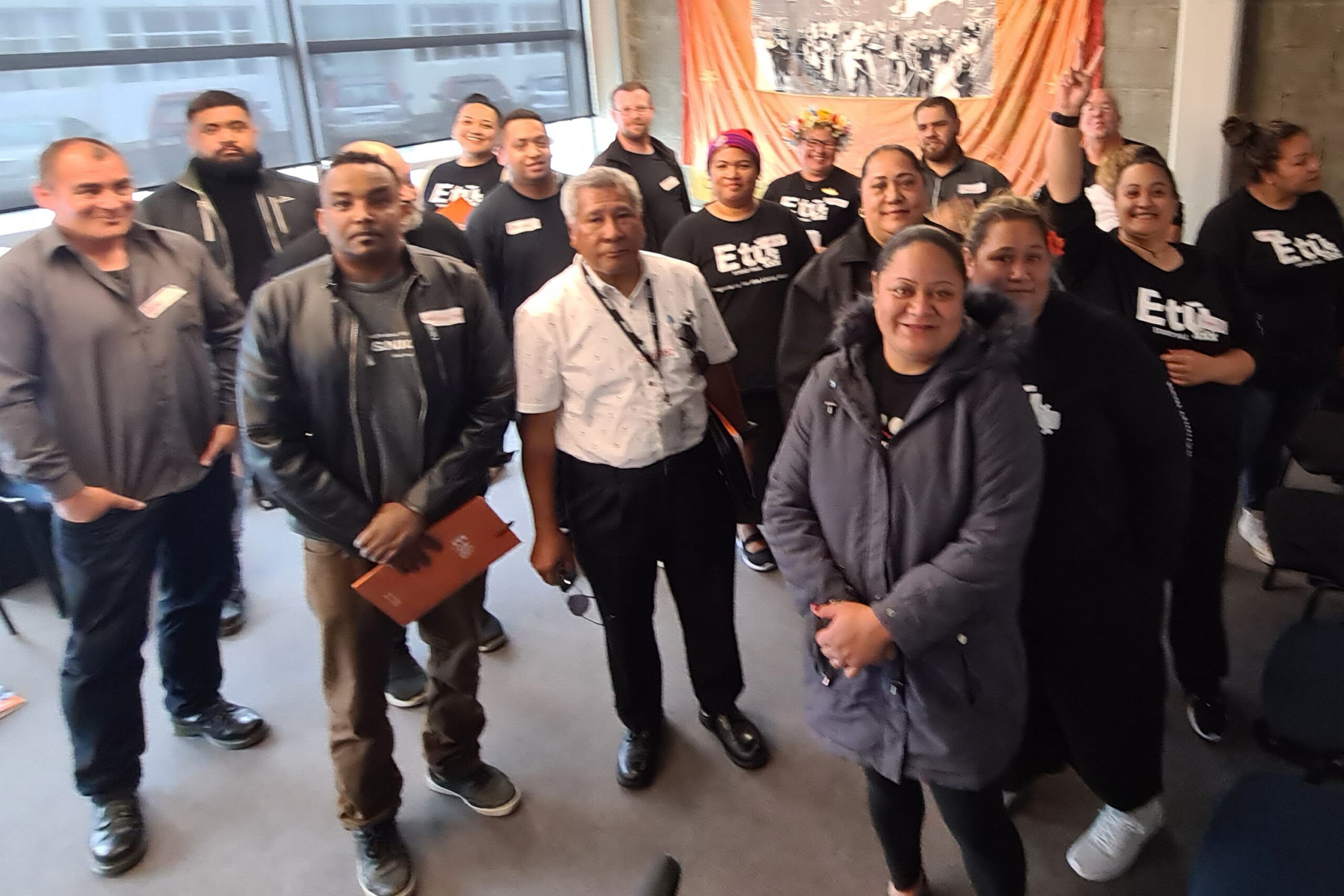 E tū members in cleaning and security are meeting Government ministers this evening to ensure they will keep their promises to some of the lowest paid workers in Aotearoa New Zealand.

Members will be calling on the Government to prioritise the employment relations policies in the Labour Party 2020 Election Manifesto, including the implementation of Fair Pay Agreements, the extension of the Living Wage to all workers employed by government contractors, and extending Part 6A of the Employment Relations Act to security guards, giving them protection when contracts change hands.

Workers in both the cleaning and security industries face low wages and poor conditions due to long-standing problems with the contracting out of services and competitive tendering.

Fair Pay Agreements would set minimum standards that apply to whole industries, stopping the ‘race to the bottom’ to win contracts, and paying the Living Wage is necessary to allow people to live with dignity and participate fully in society.

Many of E tū’s cleaning and security members work in government buildings, meaning they are employed by the government, though indirectly. E tū members are calling on the Government to be a responsible employer by ensuring their lowest paid, hardworking, essential workers get a better deal.

“Fair Pay Agreements are very important to us because in the cleaning industry there are so many different companies and they are always race to the bottom to get contracts at the lowest rate,” Lulu says.

“Even when the employers say they would like to pay more, they say they can’t because of the competition. This means it doesn’t matter how hard we fight, we never get more than the minimum wage.”

Wellington security guard Jayson Ormsby is calling for security guards to be included in Part 6A of the Employment Relations Act.

“My workmates and I have families, rent, power and food bills to think about. Being shifted from site to site, contractor to contractor, is stressful,” Jayson says.

“We don’t need this uncertainty. To the Government – you can make a difference by changing Part 6A to add security guards. This would give us peace of mind.”

Auckland cleaner Malia Uiasele Tupola earns just over the minimum wage, and it is not enough to live on.

“We really need the Living Wage, because the price of everything is going up. We need to be able to afford the rent, pay the bills, and support our families,” Malia says.

“My dream is to buy my own house and to bring my 11-year-old son over from Tonga to go to school here.”