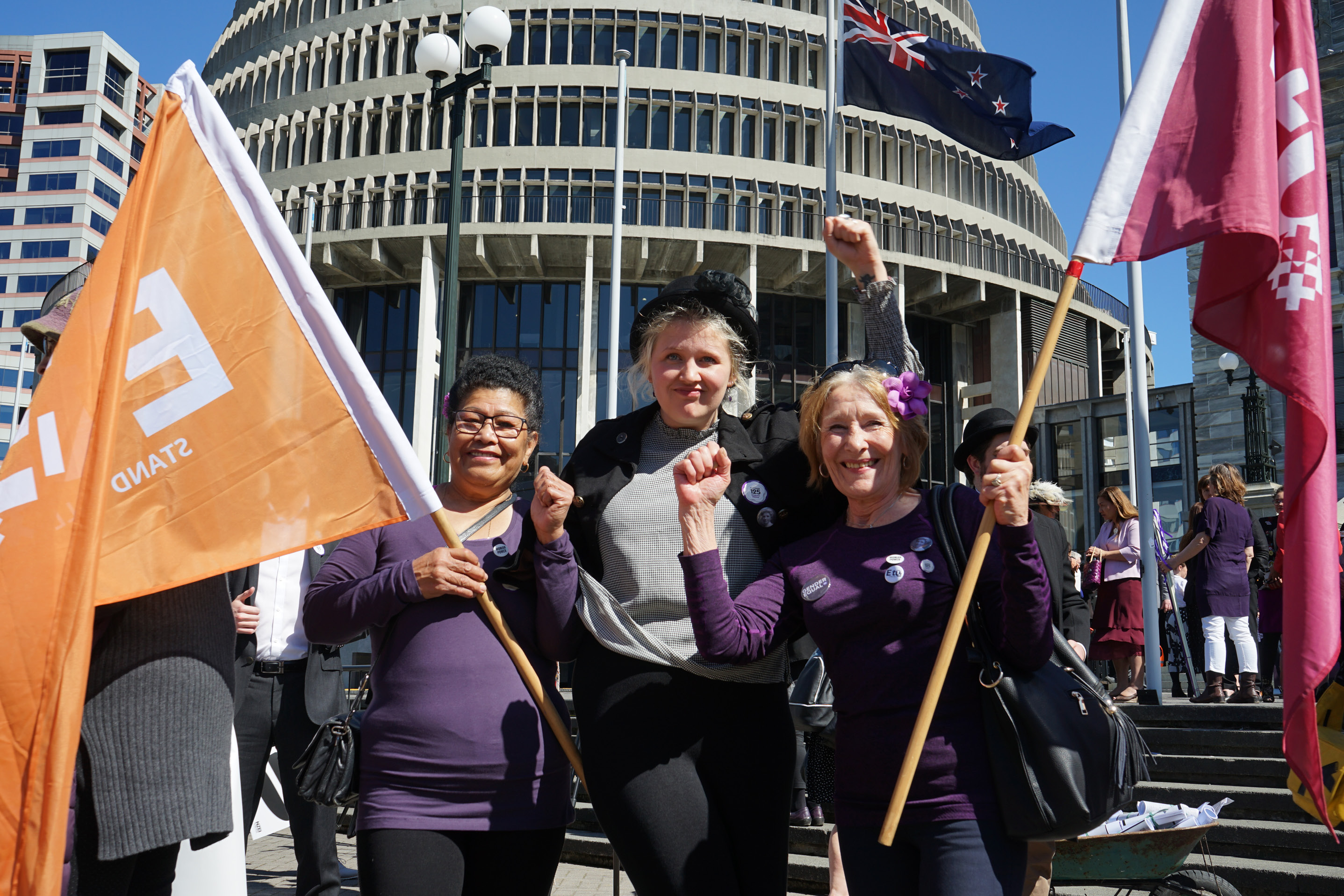 E tū has welcomed the introduction to parliament today of the Equal Pay Amendment Bill, which the union believes will ease the way for women pursuing equal pay claims.

Government Ministers, Eugenie Sage and Iain Lees-Galloway announced the new bill at a Suffrage Day petition re-enactment at parliament by union women to mark the 125th anniversary of women’s suffrage.

The Bill preserves the Equal Pay Act 1972, which E tū has always supported.

It also includes the recommendations of the Joint Working Group on Pay Equity Principles but without the hurdles proposed by the last Government, which would have made it very difficult for women to take equal pay cases.

“The previous government reneged on the joint working group recommendations and deliberately set it up to make it harder for women to get equal pay,” says New Zealander of the Year and E tū equal pay pioneer, Kristine Bartlett.

Kristine, who was present at today’s announcement, says it’s the perfect way to mark the suffrage anniversary.

“It’s wonderful!  That’s the great thing about it – it’s happening on this historic day,” Kristine says.

“It’s fantastic to hear about the new legislation on such a special day,” says Yvette.

“We’re pleased that it sets a lower bar for cases to progress, particularly with the parties involved able to set their own comparators.

This resolves two key problems with the previous legislation,” she says.