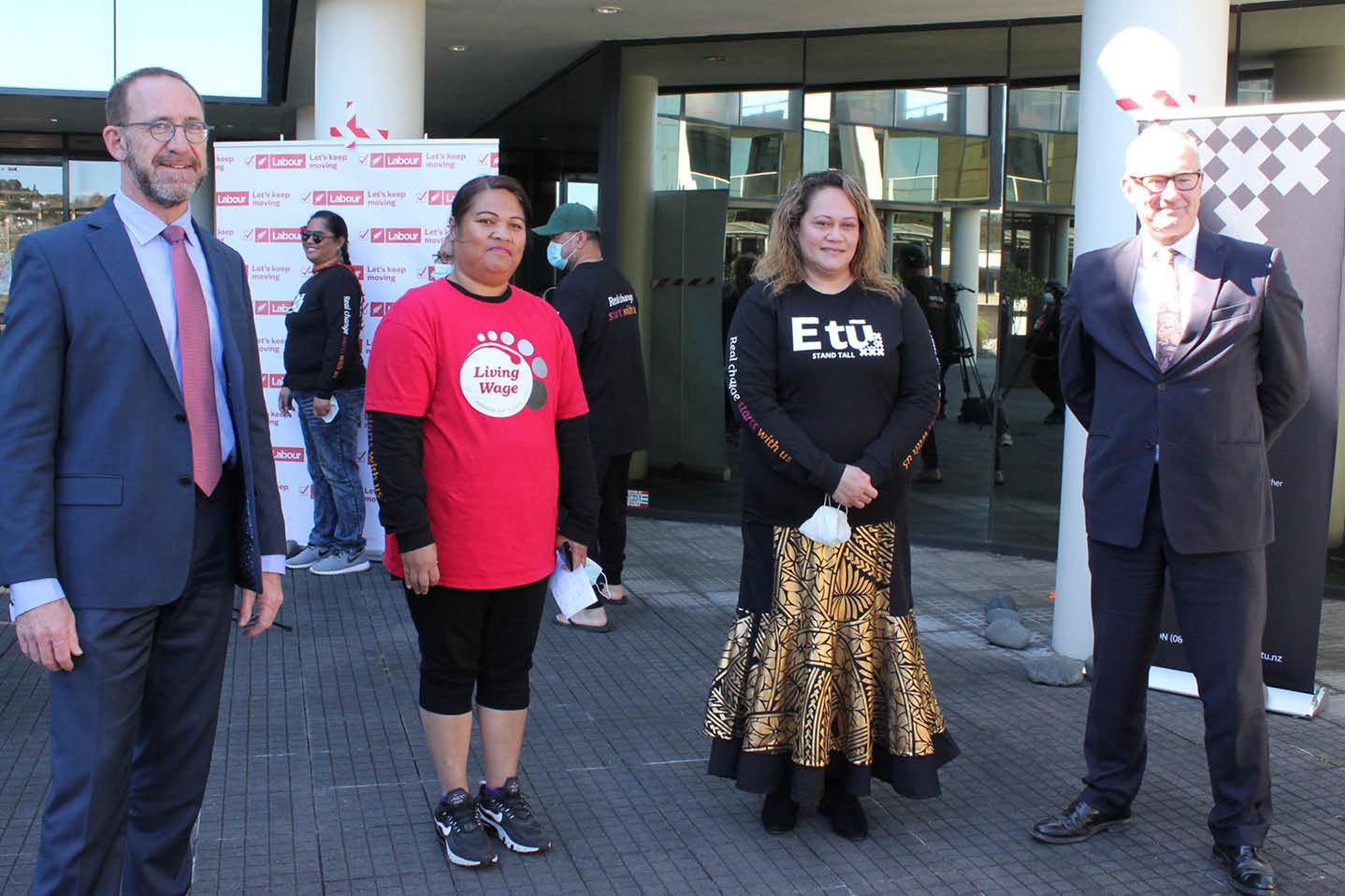 E tū congratulates the Labour Party for saying yes to a Living Wage for all contracted workers in government.

The Government currently pays the Living Wage to all workers in the public service. However, the new policy would see contractors, such as cleaners, security guards and caterers, now included.

It was announced by the party’s Workplace Relations and Safety spokesperson, Andrew Little, and Economic Development spokesperson, Phil Twyford, at E tū in Auckland on Saturday.

E tū member Rose Kavapalu, who has worked for 15 years as a cleaner on just above minimum wage, says she is so thankful to Labour for promising a Living Wage for her and all cleaners in the sector.

“I’ll only have to work one job, and I’ll have more time to spend with my family and my grandkids.

“With the Living Wage, I’ll be able to pay my debt – that’s why I had to move in with my parents because I couldn’t afford [to live].”

Fellow E tū member and security guard Fa’atalatala Matamu says it was 12 years since her last pay rise, before the Government delivered the Living Wage to all guards at the Ministry of Social Development from September 1.

“Before we were struggling, we had to work long hours. I’m humbled to stand in front of you today and say ‘thank you, Labour’ for the pay rise.

“Now I’m able to pay off all my debts – as I had been taking loan after loan, just to survive. Doing a job for so many years that wasn’t paid enough to afford my own home – I’m [now] looking at that one as well.

“I’ll be able to save money, to help my grandkids who I haven’t been able to spend much on, because of the low wage that we receive.”

“In the COVID-19 recovery, the economy needs workers purchasing goods and services and that will only happen if they are paid a decent wage. Every dollar our members earn goes straight back into the local economy and that’s good for everyone,” she says.

“Finally, we are seeing a policy that values essential workers who are ensuring the health and safety of the rest of us during these difficult times.

“They are putting their lives on the line for us and should be receiving a decent income that enables them to be full participants in society – it’s only fair.”

Annie says the policy is a “real victory” for all the workers and the communities that want to put an end to a low wage economy.

“Once the Government shows leadership in paying a Living Wage to all their workers, we know standards will shift in other sectors across the board.”