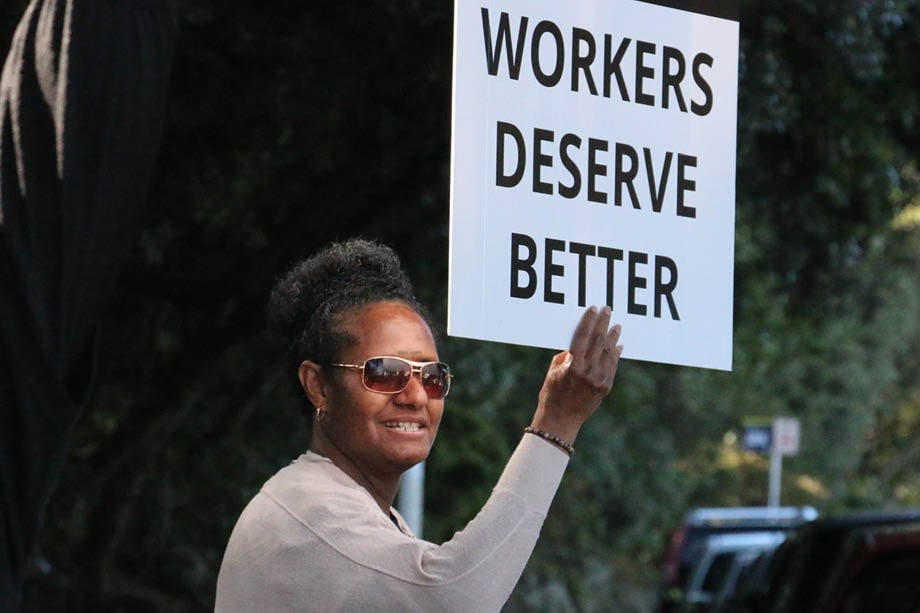 Home support workers are hoping their strike action on Friday will lead to positive change in conditions and culture for both support workers and their clients at their Auckland-based provider Lifewise.

Last year, the organisation agreed to increase sick leave and bereavement leave in a proposed collective agreement but then went back on their word.

Workers have also asked for their guaranteed hours to be increased, as for many the low number of weekly hours means a constant financial struggle and daily disruption.

A home support worker, who wishes to remain anonymous, says she thinks there is definitely “hope for a better deal”.

“We need more sick leave than we are given, and my hours are terrible. I’m signed up for work each day from 8am until around 3pm, five days a week, but I often finish the day having only done around 2.5 hours.”

“We really want [Lifewise’s] respect and I hope they’ll take notice of the reasons behind all our strikes.”

Another member says she feels the organisation doesn’t care about their workers.

“The low number of guaranteed hours is a constant strain for workers – there are always fewer hours work than our availability to work,” she says.

Many members felt they couldn’t afford to risk taking time off work to strike for better conditions, she says.

“I know of one worker who had jobs booked at 1pm and 6pm, but then there’s a big gap in-between. We’re just robots running around from A to B – there’s no consideration given to how we’ll get there or the gaps in our workdays.”

“The financial stress of having so few guaranteed hours means workers are even considering leaving the sector,” she says.

“They feel deeply disrespected, ignored, and undervalued by the organisation they work for, which is really upsetting, considering the absolutely vital role they play in making sure families and their communities can continue to function every day.”

Kirsty says anyone could find themselves in the situation of needing home support at some point in their lives.

“How would we feel knowing our home support workers were struggling to survive themselves, or had to come to work sick because they didn’t have enough sick leave left not to put us at risk?

“This is about our elderly and some of our most vulnerable who really need assistance to keep living in their own homes.

“If anything, we urgently need to rebuild better in the face of COVID-19. Lifewise, with their dedicated workforce, has a chance to do this right now.”

Lifewise workers will strike and picket on Friday 18 December at Lifewise offices, including 227 Mount Eden Road, Mount Eden, from 7am to 11am.