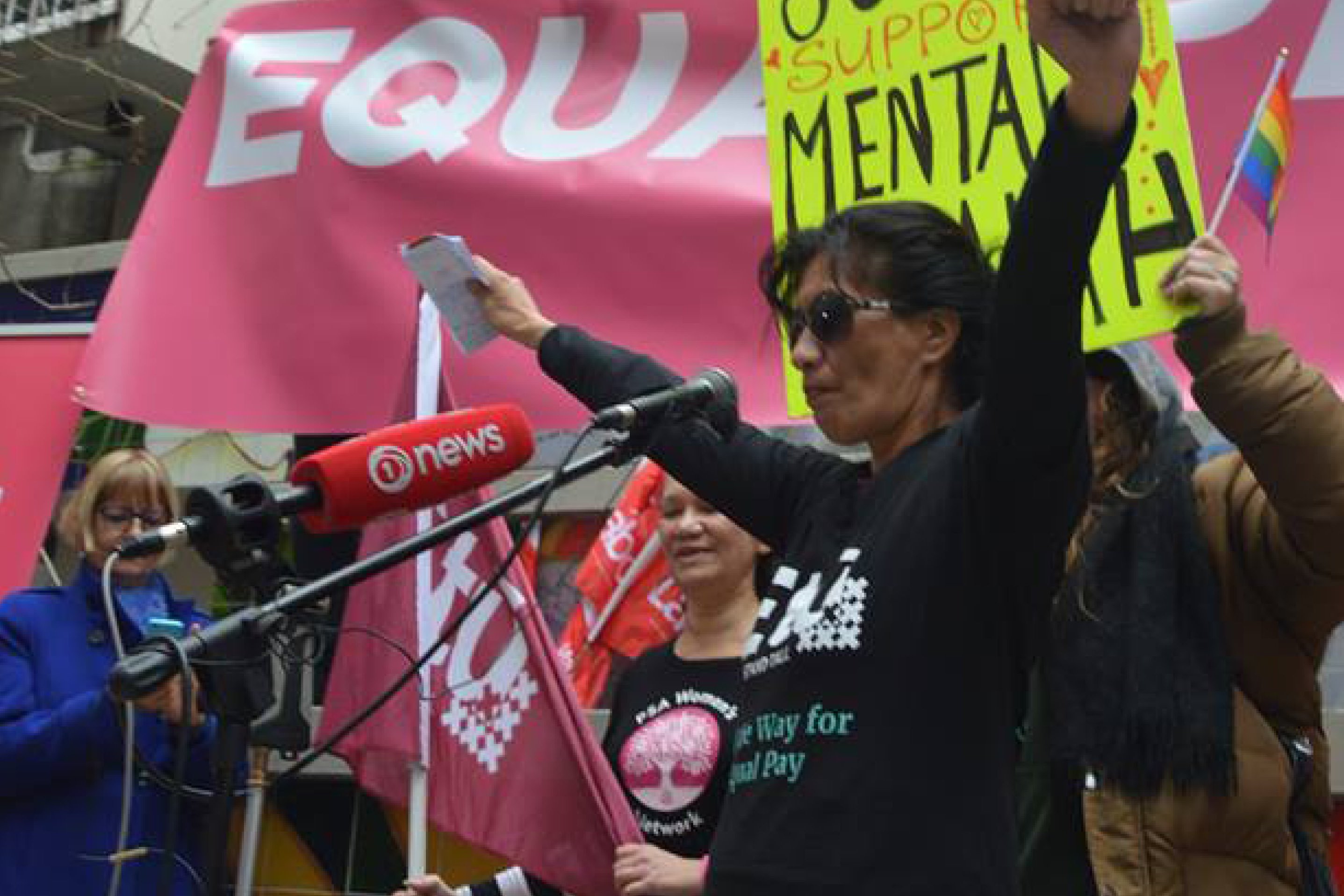 Mental health support workers are hopeful the Labour-led Government will finally include them in the equal pay settlement.

E tū’s Equal Pay Coordinator, Yvette Taylor says the situation is very unfair, but hopes are high they will finally be included.

“Jacinda made a commitment at an equal pay rally during the election campaign to equal pay for these workers and we’re looking forward to that coming to fruition really soon,” says Yvette.

“We don’t believe the new coalition Government will throw up any barriers to this,” she says.

E tū member and mental health support worker, Sandra Rawenata says she and her colleagues are “rapt” about the new Government which has stoked hopes of a settlement.

“As soon as the Government was announced my friends and I were all over Facebook. It means a pay rise, it means we can feed our families, help our families. It means a lot of happy people,” says Sandra.

“We’re feeling hopeful out here. We’re expecting the Government to stand by what they told us at the equal pay rally and that we will be fairly paid just like our comrades in disability and aged care.”

Sandra says a settlement is crucial to stemming the loss of mental health support workers to other, better-paid care and support work.