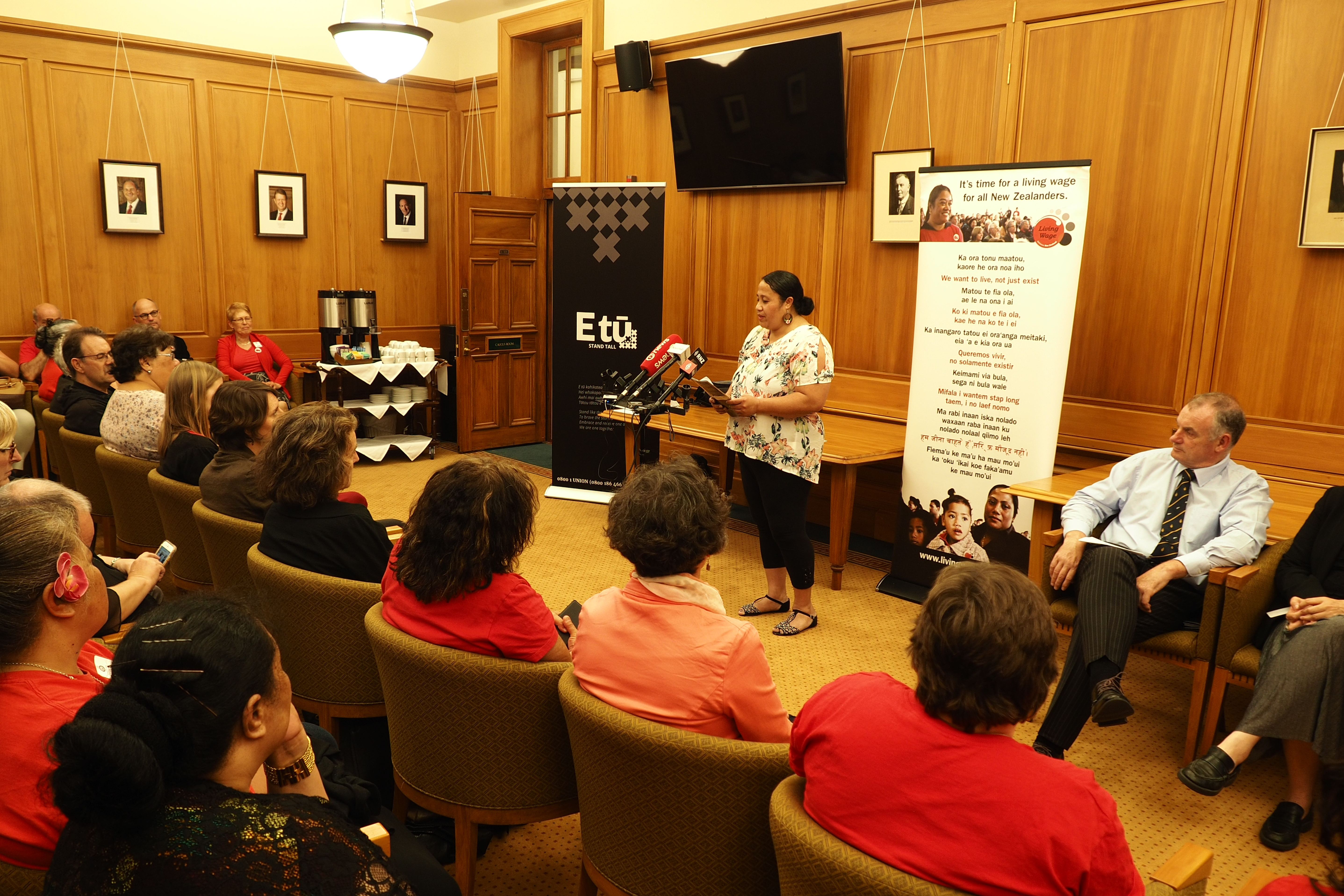 The cleaners and caterers that keep parliament tidy and healthy are going to be paid the official Living Wage by 2020.

Speaker of the House Trevor Mallard made the announcement yesterday, to a gathering of E tū  members and Living Wage community representatives.

Mr Mallard announced that catering staff would be paid the official Living Wage (currently $20.20) from July 2019, and cleaners would follow by the beginning of 2020.

There will also be steps towards the Living Wage, with both cleaners and caterers having a pay rise of half the difference between their current rate and the Living Wage in July next year.

Jan Logie from the Green Party and Tracey Martin from NZ First spoke in support of the decision.

Parliamentary cleaner and E tū member Eseta Ailaoa also spoke at the event, explaining that the wage will allow her to do things that weren’t possible before.

“This will make a difference. I will be able to save so money for myself and my kids to go on holiday,” Eseta said.