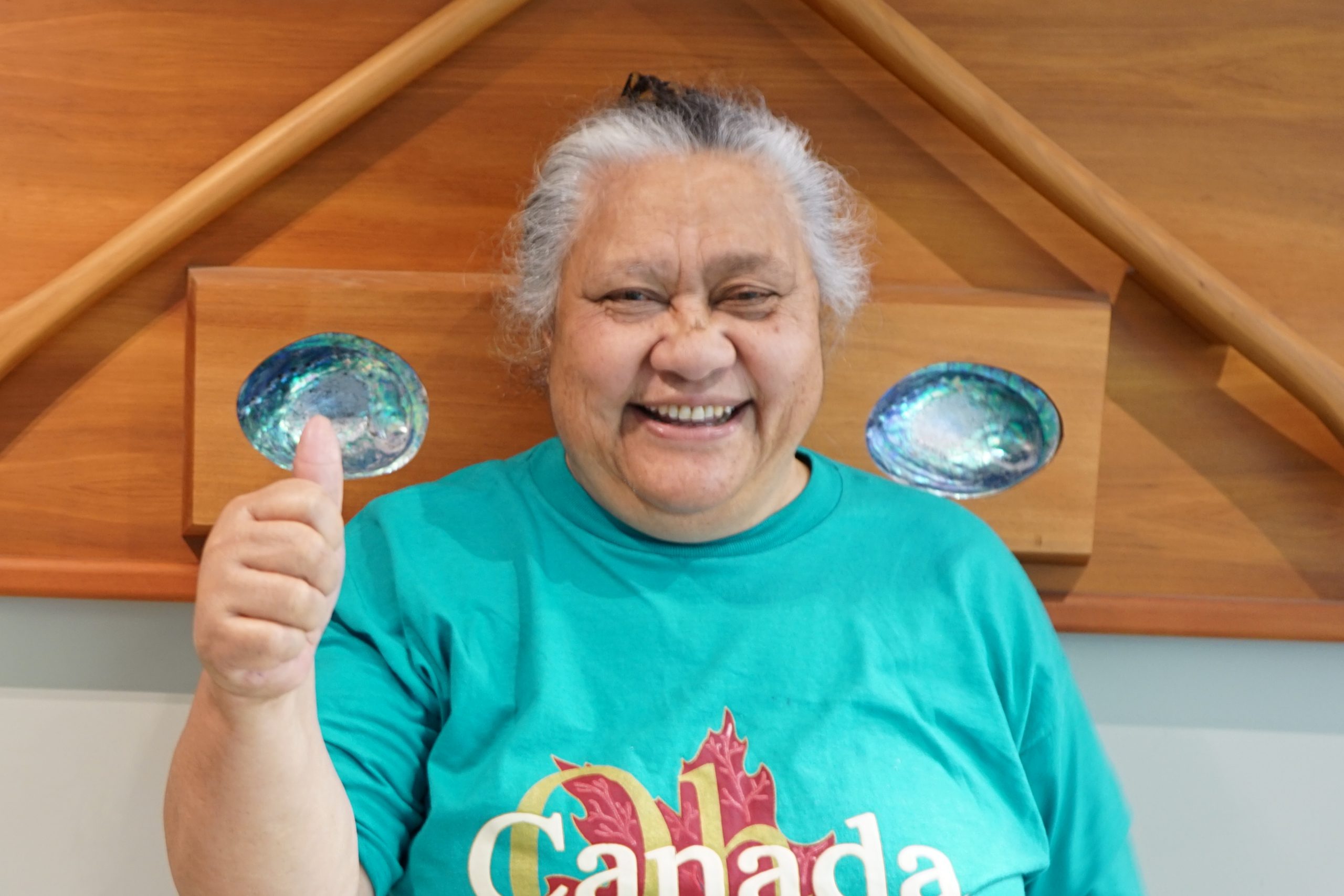 E tū leader, delegate, and cleaner Lalopua Sanele has been awarded a Queen’s Service Medal (QSM) in the Queen’s Birthday honours list 2021, for services to the union movement and Samoan community. Here’s a little bit more about Lalopua and her story of service.

Lalopua Sanele came to New Zealand in 1972 and was immediately involved in the Wellington Samoan Community based around her church – St Anne’s Catholic Church in Newtown.

From 1972 until 2010 she was an active member of the St Anne’s Church Choir and she joined the Samoan Mother’s Group in 1974, where she played a leadership role and was elected as their treasurer. She was later elected as the treasurer for the Church Samoan Community, a role she held until 2000.

In 2010 she moved with the Samoan Catholic Community to St Josephs Parish in Mount Victoria, where is still an active member of Iesu le Tupu choir.

Due to Lalopua’s ability to organise and advocate she was elected as a workplace union delegate.

Her involvement in the union lead her to become a leader in the Wellington Hotel and Hospital Workers Union (later becoming the Service and Food Workers Union and then E tū) Komiti Pasifika. She was elected on to the union’s regional executive and later the National Executive.

Lalopua is very active in advocating for the improvement of employment rights for workers, especially for vulnerable workers, such as cleaners. She was prominent in the campaign 1999-2004 to gain an amendment to the Employment Relations Act (Part 6A) in 2004 to protect the jobs and working conditions of cleaners during tendering processes. She was able to articulate the issues for cleaners from her own experience at Wellington Hospital in going through the process of contract change and the insecurity and stress that this caused the cleaners and their families.

Lalopua is now a cleaning supervisor at Wellington Hospital and has completed 34 years service, including working through the recent Level 4 lockdown overseeing the infection control measures put in place for hospital cleaning.